Kitsugansai is held in the eighth month of the lunar calendar; starting with Sukumi, or "rehearsal," on the first day; followed by Shonichi, or "the first day of new year," on the second day of the festival, which is when many performing arts are given a stage for their dedication to the gods.
It is as large and significant a festival as Hounensai (good harvest festival) and the islanders’ hearts are united as they participate in the same event.
The island’s religious/cultural events, including this Kitsugansai festival, were designated by the Cultural Affairs Agency of Japan as the nation’s significant intangible cultural asset in 2007. The island people have been actively working to hand down those dedicatory performing arts to the next generations. 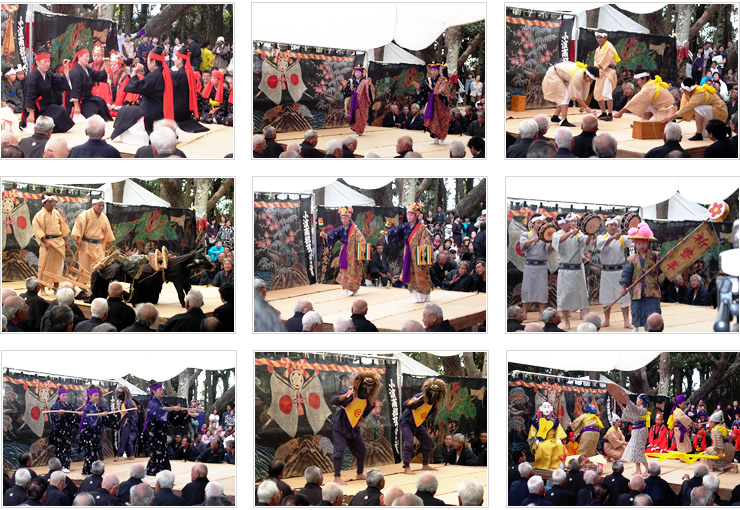